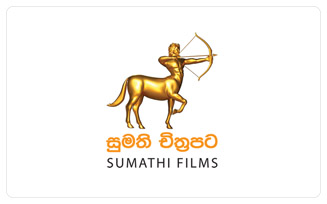 The Company originally known as Sandya Films, renamed as Sumathi Films and subsequently incorporated as Sumathi Films (Pvt) Ltd in 2006, has been in the forefront of the film industry for nearly 04 decades and achieved outstanding distinction for its award winning cinematic productions.

Our founder’s passion for the arts, urged him to enter the field of film production in 1974, with the film titled “Unnath Dahai – Malath Dahai” (I Will Win – Come What May) which was an impressive box office success, studded with a galaxy of top notch stars of the day.

The second production ”Ahasin Polowata” (White Flowers of the Dead) directed by Dr. Lester James Peiris which won unprecedented awards, was adjudged the most outstanding film from a third world country at the 3rd International Film Festival in Cairo in 1978. It was also selected for the Akhethon Award, reserved for the highest creative feats in art in Egypt. Other awards won, include 07 Presidential awards and 05 OCIC awards.

“Ganga Addara” (River Banks) directed by Mrs Sumithra Peiris), was jointly produced by late U W Sumathipala and his wife Milina Sumathipala, was the biggest box office hit of the ‘80s. The film won a total of 21 “Janadhipathi” & “Sarasavi” National awards when it was first released in 1980. It was the winner of the highest number of awards that year, including OCIC Merit Awards. “Ganga Addara” is considered a milestone in Sinhala cinema as it has a string of “firsts” to its credit.

“Uppalawanna” a modern Theri Gathatha directed by Prof Sunil Ariyaratne and produced by Mrs Milina Sumathipala in 2007 won 04 Sarasavi awards and 04 Signis awards. "By popular request, this film was screened at the International Buddhist Film Festival in London in May 2009, and at the 2nd Asian Buddhist Film Festival in Singapore in May 2011 where it was cited as "an excellent film, demonstrating the demands of non-hood in Sri Lanka and the dilemma the young non-faces when having to react to an injured murderer, revealing much about the practices of Buddhism in Sri Lanka and is a moving human story".

The film UPPALAVANNA was also selected by the Ministry of External Affairs of Sri Lanka for screening on the side-lines of the 17th SAARC Summit in November 2011 in the Republic of Maldives which was attended by former H E President Mahinda Rajapakse and heads of government of the other SAARC member nations.

“Paththini” is a 2016 Sinhala epic, drama, mystery film written and directed by Mr.Sunil Ariyarathna and produced by Late (Dr). Mrs.Milina Sumathipala, co-produced by Mr.Jagath Sumathipala and Mr.Thilanga Sumathipala on behalf of Sumathi Films. The film features Pooja Umashankar, and Uddika Premarathna in the leading roles while Ravindra Randeniya, Lucky Dias, Veena Jayakodi, and Aruni Rajapaksha in supporting roles. The film started its premier on 5 May 2016 in EAP films circuit film halls. The film is based on a love affair between Kannagi (by Pooja Umashankar), and Kovalan (by Uddika Premarathna) in the Tamil epic Silappatikaram.

The film “Paththini” has won the peoples award for the best film of the year by Slim Nielsen in 2017.